“Qad la yabqa ahad” (“Maybe None Will Remain”) is the title of a new book by Syrian novelist and literary critic Haitham Hussein. The book is autobiographical; the author recounts his experiences as one of the millions of Syrian war refugees forced to leave their homes and scatter around the world.

The title of the book is a throwback to Agatha Christie’s “And Then There Were None.” The novelist made another wink to Christie by adding the subtitle of “Agatha Christie… Come, Let Me Tell You How I Live.” The book was published by Mamdouh Adwan Publishing House with funding from the Syrian organisation Ettijahat-Independent Culture and the Goethe-Institut.

Hussein has painted the life of a refugee as a Russian doll that reproduces itself and relives its tragedy over and over. He tells how his extended family is separated and scattered in many countries to the point that a family reunion is virtually impossible.

Starting with the flight from the small Syrian town of Amuda to Damascus then to Dubai, Beirut, Cairo, Istanbul and London, Hussein described the adventures and paradoxes he and his family faced in search of a safe place.

He was, in fact, apostrophising Christie, who had written in her memoir “Come, Tell Me How You Live” about life with her archaeologist husband Max Mallowan in Amuda during the 1930s; hence the subtitle of Hussein’s book.

The novel draws the reader into the author’s inner thoughts and feelings. Every new station in Hussein’s journey to London forces him to delve inside himself and remember his past. It is a past full of sorrow, injustice and a wasted life that the author carried inside himself like heavy burdens.

He convinced himself that there would be no future for him under the yoke of resentful feelings and painful tragedies and that he must shed some of them to cross to brighter days with the least damage possible.

Faced with the need to write, Hussein wonders: “Does an autobiography constitute some sort of a constraint? Am I writing to satisfy an inner desire to bare myself and others in front of my inner mirrors and in front of some readers fond of sensationalism? Isn’t it an exaggeration to say that writing is the art of stripping or that of delusion or even that of accusing? Is the writer stripping when he narrates parts of his life or when he includes them in his work?”

When people leave their country, everywhere they go is an exile. This was Hussein’s experience and he tried to capture some of its deep effect on his life. It was a trip inside memory, a kind of peephole into souvenirs. 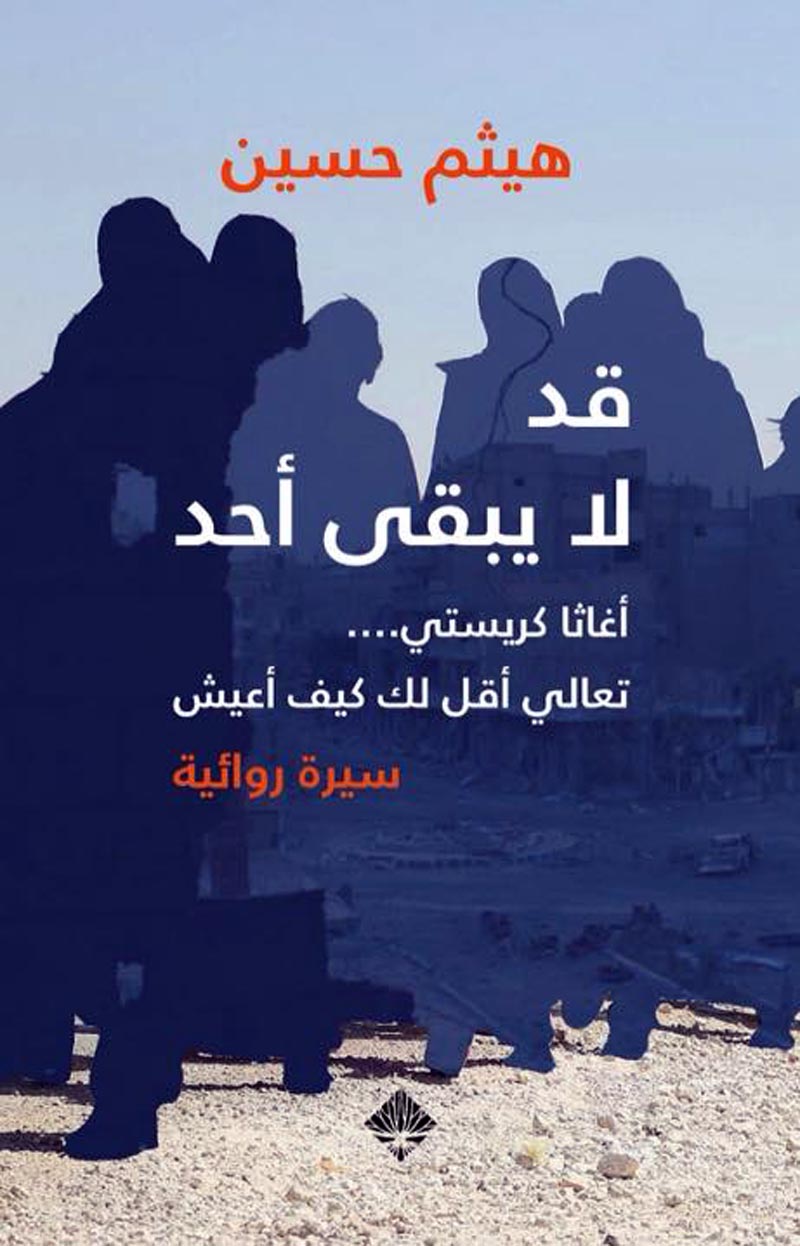 Hussein is a Kurdish-Syrian novelist born in Amuda in 1978 and now lives in London. He is a member of the Authors Society of Great Britain and a member of the Scottish PEN. He contributes to Arabic newspapers and is the founderand administrator of the website alriwaya.net.

His novel “Hostages of Sin” was translated into Czech and published in 2016. It was also adapted into a play in Czech. Translated excerpts of “Hostages of Sin” appeared in an issue of the English-language magazine Banipal devoted to Syrian literature.

Among Hussein’s other novels, all published in Arabic, are “Aram: The Descendent of Unspoken Pains,” “Needle of Horror” and “A Weed in Paradise.” He has also published works of literary criticism and translated plays from Kurdish.